Dissecting the Minds of Fraudsters 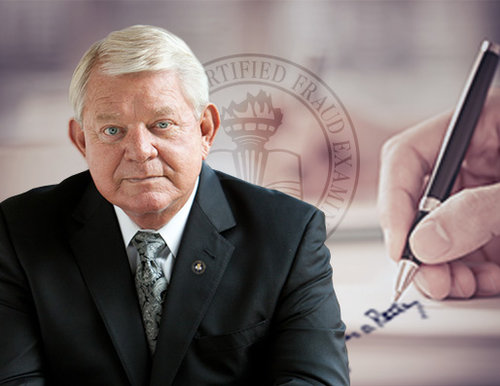 24 Jul Dissecting the Minds of Fraudsters

During my years in investigative work, I’ve often pondered why perpetrators commit their crimes. Working as a police officer in the Dallas Police Department, I witnessed just about every type of transgression from fraud to child abuse to murder. As fraud examiners, we use the Fraud Triangle — pressure, opportunity, rationalization — to begin analyzing wrongdoings. Regardless, we find it difficult to pry open a fraudster’s mind. But Eugene Soltes is trying.

Soltes, a Harvard Business School professor, wants to know why some C-suite executives appear to risk everything to commit fraud. Middle management and employees further down corporate ladders might do it because they’ve found a ready source of cash to ease their economic problems. However, top-flight business people seldom lack for anything; their organizations often reward them spectacularly. Why would they need to steal?

Beginning in 2008, Soltes began to write prison letters to several convicted white-collar criminals whom you know — Madoff, Fastow, Kozlowski, Stanford — and some you might not — Richards, Waskal, Drier, Hoffenberg. He asked them the first dozen questions that came to mind. What were the most significant pressures they faced? How did the way they were compensated influence their decision making? What were their intentions once they were released?

He combined the material from close to 50 fraudsters with his criminology research into the 2016 book, “Why They Do it: Inside the Mind of the White-Collar Criminal” (PublicAffairs). Soltes was a keynote speaker at the 28th Annual ACFE Global Fraud Conference, June 18-23.

Soltes says he realized after interviewing these white-collar criminals that they failed to see the personal and professional consequences of their choices because they never deeply felt that their decisions were harmful to themselves or others. (The ACFE commonly calls that “diffusion of harm.”)

He says that stealing money from a victim’s wallet involves a high degree of intimacy. But executives who manipulate corporate conduct never need to get close — physically or psychologically — to their victims. Modern “arms’ length” transactions, Soltes says, have made it perilously easy to wander into that “gray zone” between right and wrong.

Soltes doesn’t condone the fraudulent behavior, but he says that studying these men (and they were all men) with the scarlet “F” on their chests changed him

“I became a lot less confident about how I’d respond to every difficult situation,” Soltes writes. “I think I’m more humble now that I’ve realized I have limitations much like anyone else, and I need to be diligent to watch those. Moral hubris is a remarkably easy trait to acquire and not realize when one actually has it.”

You can read more about Soltes in the cover article in the latest Fraud Magazine.